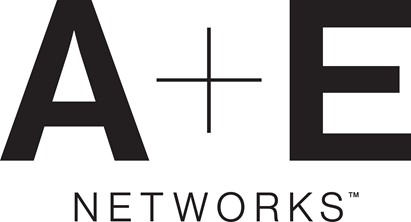 DENVER and NEW YORK, NOV. 10, 2021 – Frndly TV, the leading affordable live TV provider for the whole family, and A+E Networks®, today announced a multi-year distribution agreement that brings A+E Networks’ portfolio of highly rated brands – including A&E®, The HISTORY Channel™ and Lifetime® -- to all Frndly TV subscribers.  The announcement was made by Michael McKenna, Chief Programming Officer of Frndly TV, and David Zagin, President of Distribution for A+E Networks.

Starting on Thursday, November 18, the seven channels will begin to premiere on Frndly TV.

“The addition of the seven A+E Networks’ channels is a seminal event in Frndly TV’s growth,” said McKenna.  “Our customers are both loyal and vocal -- and they have asked us about adding the great A+E Networks’ content.  Working with the good folks at A+E, we are now able to add outstanding quality to our programming lineup with some of the most desired and loved channels in all TV.”

Said Zagin: “We are excited to partner with Frndly TV and to make our award-winning content available to their devoted subscriber base. Launching on November 18 means Frndly TV customers can enjoy the new slate of holiday movies premiering on Lifetime’s It’s A Wonderful Lifetime, as well as look forward to the highly anticipated premieres of Janet -- the fascinating untold story of Janet Jackson -- and Abraham Lincoln, on The HISTORY Channel in early 2022.”

Frndly TV subscribers will be able to watch the whole range of A+E Networks’ highly rated, original programming including A&E’s The First 48, Storage Wars, City Confidential and Court Cam; and The HISTORY Channel’s The Curse of Oak Island, Pawn Stars, Forged in Fire and Great Escapes with Morgan Freeman. At Lifetime, December is Holiday movies 24/7. As well, fans are anticipating the new season of Married at First Sight, premiering in 2022, along with Leave it to Geege, and My Killer Body with K. Michelle.

"Our customers are both loyal and vocal -- and they have asked us about adding the great A+E Networks’ content" - Michael McKenna, Chief Programming Officer of Frndly TV